This project is a demonstration of a snake game + ai made in javascript.

This project uses Grunt as its task runner, and the code has been setup modulairy to provide good build support

The AI is made using a few basic rules:

The rules are resolved when trying to move, and usualy, no rules will be broken during the move progress.

After these steps are run, the ai will evaluate the strategic position of the move by using the euclidean distance function from the new position archieved, and move to that direction.

To prevent the ai from making circles around the food in case the food in near a wall, the position of the food will be shifted a little off center, and is clipped at the sides of the playing field, this makes sure the food can always be picked up. 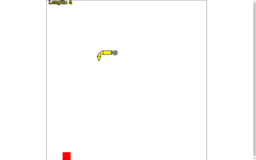